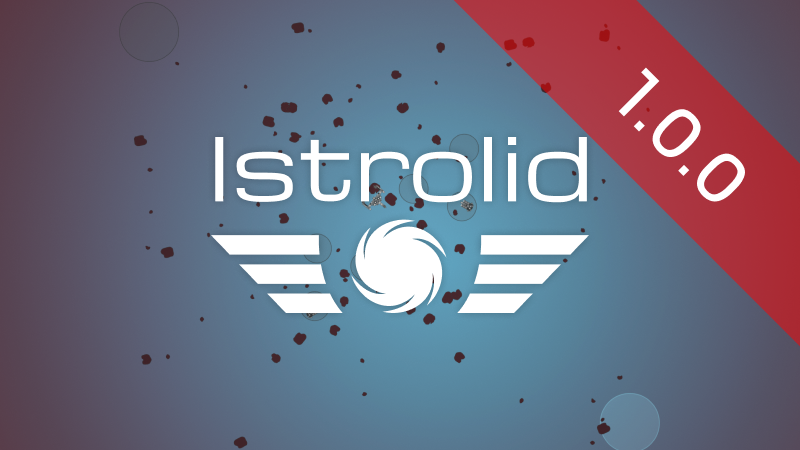 When I was a kid I was captivated by computer games. I had no clue how computers worked. I created a paper box to be “the screen” and cut out stuff to move inside “the screen” with little handles. Istrolid started out as a game out of LEGO where one would build fleets of ships and have them fight. It's been quite a journey getting from there to this point. Learning programming to make games. Making 100s of other game prototypes. Going to college, getting a job programming. An entire lifetime has passed. Then finally I realized my dream. I released Istrolid. Don’t let your dreams be dreams.

At first I showed the alpha prototype to Saktoth, he convinced me to add part building mechanics to make this a more interesting game rather than “a regular RTS”. He brought RyMarq on board to help with the balancing of the game. This game would have been nowhere without Saktoth and RyMarq. Other members of the community Rio6, PurpleGhost, JWDE volunteer to add some features and provide bug fixes. Thank you very much!

It's been fun watching the community discover new ship types and new strategies. It’s been interesting to watch how the player base evolves over time. After the initial launch, Istrolid somehow managed to carve out a niche for itself. Some people have spent 1000s hours playing this game - this is amazing! This is only possible because of you - the istrolid players. I hope I can be there for you when you were there for me.

We talked with the more experienced members of the community, and did some refinement off the first Community Balance Council Changes

Shaped Charge has been in testing for the last week or two at a new 100 damage level. It\s proving slightly too strong with jump-nukes, and is being brought down a bit.

Jump Changes have been overall positive, but slightly too extreme with the higher minimum range.

Both weapons were a hair weak at the new 10$ price point, and have gone to 15HP to help compensate for the structural implications.

Sidewinder is very nearly where its stats want to be and got a broad set of very minor buffs.

AI Recharging behaviors with carriers should be much better.

We went through a number of the older AIs, fixing up some broken behaviors and updating them a bit for the modern game. This will mostly affect the campaign, where many lesser used AIs dwell.