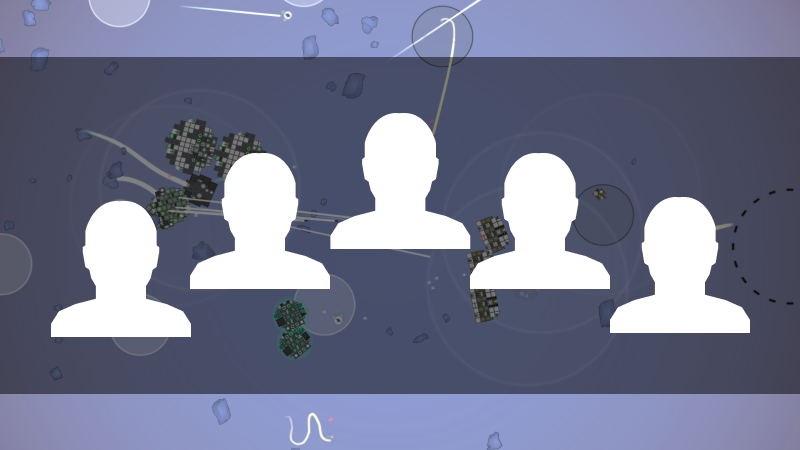 We ran the Community Balance Council reddit thread where you voted on the balance changes. We took the highest upvoted balance changes with slight tweaks and here they are:

These changes are a large rework to the range increments of the current game. They improve range mods for low-range use, diminish them for high range use, and generally increase some of the nuance in the range game.

Generally speaking this is a broad normalization of range based effects. I look forward to seeing what options this opens up for classically ‘mid-range’ weapons.

This one is going to be one of the larger changes to the game, despite only affecting one part. It represents a dramatic rebalance in what is viable cloaked and why. Light cloaked ships, especially Bombers that were only sometimes cloaked, they now have to pay a very real price in additional Weight to use the cloaking device.

There is some irony here that it comes at the same time as the range normalization, as this would indeed allow super-high range weaponry with less degeneracy, but I am sure it will find a powerful place enabling slower cloaked vessels that are still able to close on longer range targets.

A special note to the Dreamlight proposal. It indeed scored higher in the voting, but neither jump change was tremendously popular, but Owl’s represented something that could be altered to deal with the Heavy Cloak changes and the Game Engine changes that are making low-range jump turn more difficult.

The proposed change got a moderate amount of votes, but was not wildly popular enough for us to break open the code to implement a possibly buggy change. Instead the proposal has been trimmed to its core aspects, weightier jump drive to diminish cheap bombs, implicitly lower energy cost, and a more concentrated jump strength.

There is some additional Jump Drive strength and a large increase to min jump range to help compensate for the very real problems with microing jump-turns on tiny jump circles. This was really never the point of Jump Drive, even if it was an interesting byproduct, and is not being protected now that it’s somewhat problematic.

Two significant sidewinder buffs were proposed with near identical votes. To reconcile them and keep it reasonable, sidewinder was increased to 10$, along with autocannon (it seemed lonely).

Both weapons get a 20% DPS increase from the change, along with mass reductions. This should help make them both interesting fighter weapons and keep them

Tesla change did not receive the most votes, but nerfs were brought up in a couple places. We are therefore going with a somewhat reduced Tesla nerf, a sort of weighted-average of the Tesla changes.

There wasn't broad consensus on the specific changes, so the most mild reductions to these mounts was taken.

In order to prepare player coming from galaxy single player we are adding new design challenges to some of the early missions: