One of the runner up suggestions from the previous voting & suggestion thread was the ability to keep your AI with the ship. This allows you to save your AI into the fleet section and swap out whole AI fleets. Have multiple AIs you are working on etc..

We made it so that only the host can start battles. We also added a 5 second timer to start of battles allowing people that don’t want to play to leave and abort the timer. And finally kicking a player from a team prevents that player from joining again for 15s. There was no consensus on who and when a battle should start. Now its the host’s job to start battles as soon as teams are filled. As rank play was introduced players could trap other players into games with them by pressing the start button quickly before the other player has a chance to leave. This was bad. When a host kicks a player from a team, that player can’t instantly join and start a game. A source of much trolling. I hope to see less trolling of this kind in the future. 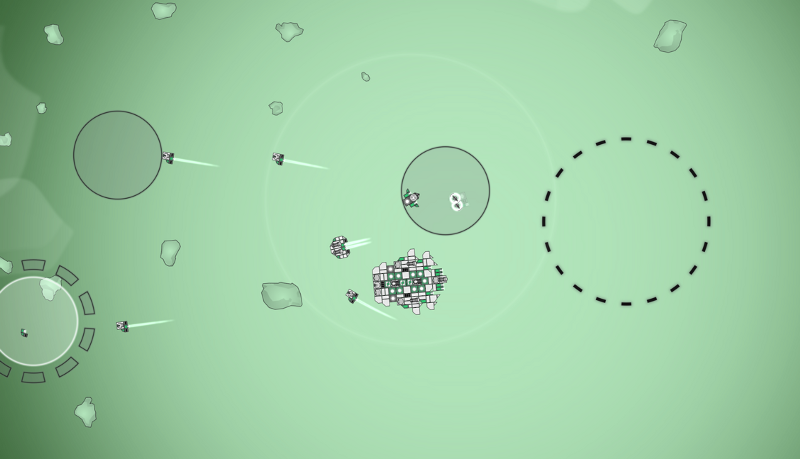 All of the AIs were already present in the galaxy campaign, except for Nayenne which was made by a highly skilled player. We thought it was awesome and put it into the game.

Our rank experiment is continuing. We had to reset some people’s ranks due to “rank” farming. So don’t rank farm, it’s really easy for us to see who is doing it. We are thinking of ways to roll them out to the 2v2 and 3v3 in the future. See you in game!