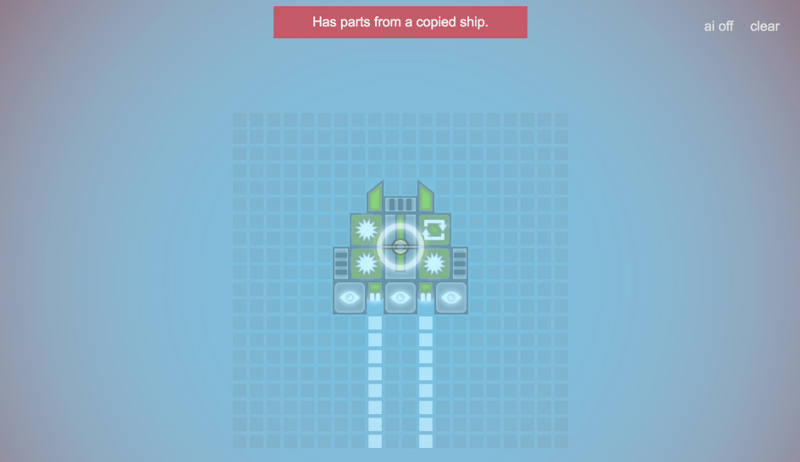 This release we have a variety of balance tweaks, along with some substantial features for players who enjoy using the AI.

Finally, copying ships no longer can be done trivially.

Finally, Copying has been redesigned.

In multiplayer, copied ships now create an outline of the ship so you can immediately see its stats, but you will need to rebuild it in order to use the design. We feel this change will foster less simple copying, but still allow players to understand what the enemy is using and use the same strategies if they wish.