Istrolid is holding its first official AI vs AI tournament! There have been many player run tournaments in various formats, and congrats to all the winners! This time though, things will be a bit different…

How will it be done?

There is no need for you to be present. AIs will be submitted to me @treeform and I will add them into the AI pool. Each round two AIs will be picked from the pool and will fight, wins and losses are recorded, and after couple days of non-stop battling the AI with the highest win to loss ratio will be declared the winner.

What happens to the winners?

The winning AI’s will be included in the game. This means that by submitting your AI to the tournament, you could see it in the campaign and players will be able to play against it in challenges or add it to multiplayer matches, immortalizing your ships. Countless other players will have a chance to play and see your ships, even when you are not there!

How to submit my AI?

Tell me @treeform, on this reddit post or this steam post. To include your AI, please provide your in game name with proper case and your AI name as its stored in your fleet. You can update your AI or submit multiple AI’s, but please be sure that your AI is in its final state before I grab it for the tournament, and make sure to run it vs other peoples’ AI’s to test that it works!

I will be collecting AIs this weekend. As people get used to the new balance changes. The real tournament will start on Monday Oct 24th, 3 days from now and will run for 5 days until next Saturday Oct 29. The results would be posted then. By that time all AIs would have played many games with each other. 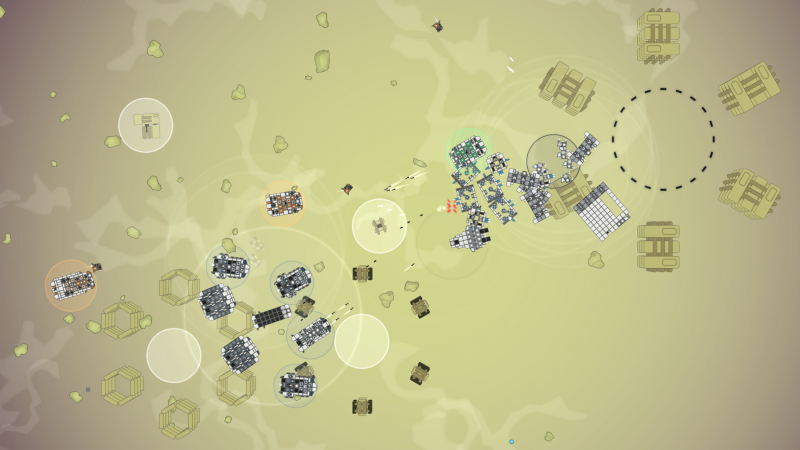 Some significant balance changes this week. Many of them have been planned for awhile, and we are just now getting them all out.

We are trying to normalize missiles with normal weapons a bit. Currently PD is strong enough to shut down missiles too easily (because of how mod sharing now works). We are weakening the PD, but making it better against light units like fighters and bombers.

Additionally, we are trying to bring Heavy Armor back into a better place, as it was too reliant on a bug (ship pushing was too easy), which has now been fixed.