This update adds a cool new mechanic in form of Stasis Field, rebalances Waves Guns and Phase Bombs, curbs Tesla’s bounce distance and makes Volumetric Armor more viable. This version also features a redesigned fleet screen where you can name your fleets as well as ton of bug fixes!

The Stasis Field is a new part which projects a 300m bubble which decloaks and slows any ship entering. This allows you to intercept and lock down incoming enemies like bombers and fighters, but the short range means it cannot prevent closing on the stasis field itself, so it cannot be used to kite. Since the most popular way to intercept is currently with a cloaked ‘stick’ (A throwaway unit with a large hit volume to maximize it’s decloak distance), the Stasis Field cannot be used with the Cloak Generator. This is to prevent the counter to cloak being a cloaked unit, opening up new kinds of uncloaked interception or screening units. 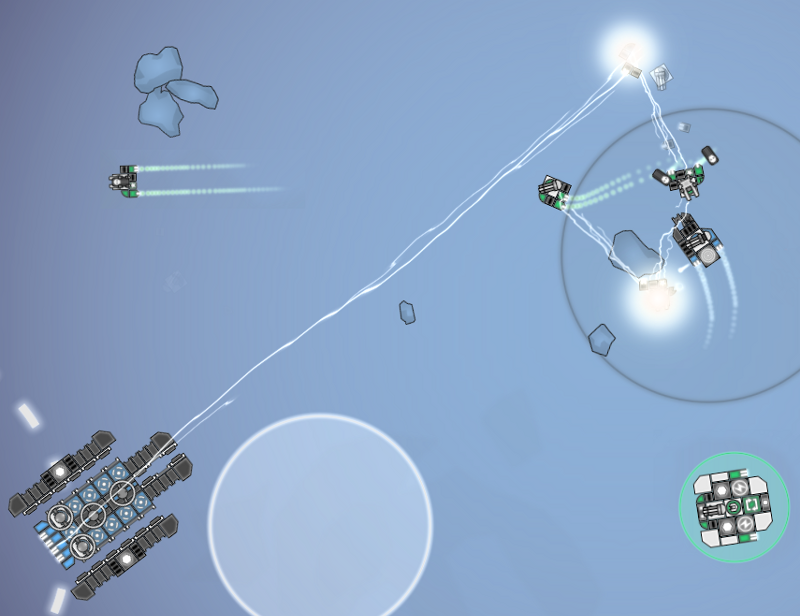 A stasis fighter intercepting bombers for a Tesla Cruiser.

Tesla has been changed to only bounce 440m, and to bounce to the closest unit, which makes it predictable and no longer scales it’s bounce range with range mods.

Pressing the Z key now lets players lock a ships position and facing. While locked, a move command will instead set the ships orientation without moving and the follow order will make ships face a given ship without closing range. This locking can be toggled on and off of a given unit with Z. 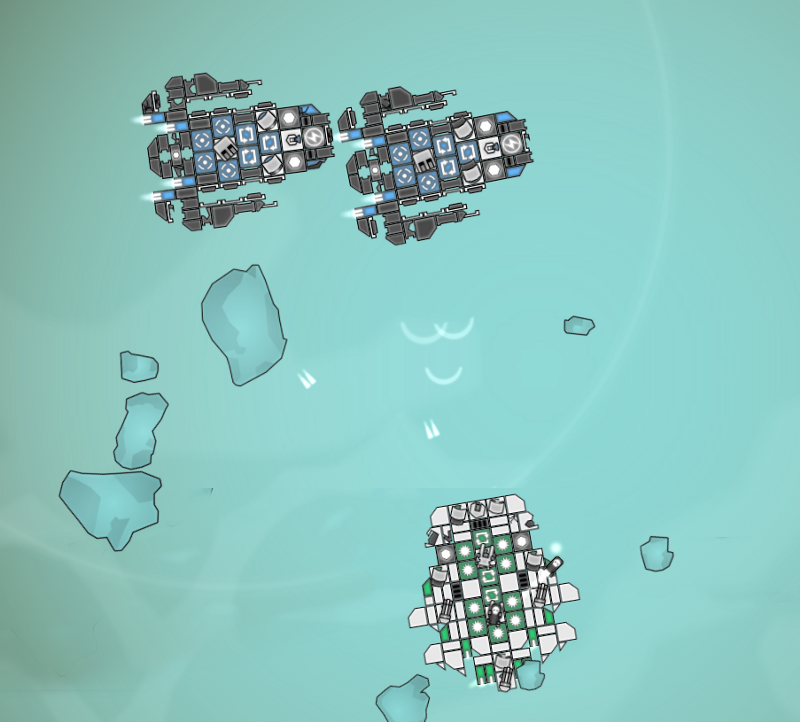 Push and Pull Waves have lost 100m range, have a narrower projectile and thus striking fewer targets, and have had their effect weakened. Ships are also now easier to move laterally while under the pull effect, giving players more ability to react and maneuver. It should now be more difficult to keep ships locked down with waves, and combined with a change to phase bombs that increases their AoE but makes the damage falloff with distance, should make it harder to guarantee a hit with phase bombs while making partial hits possible. 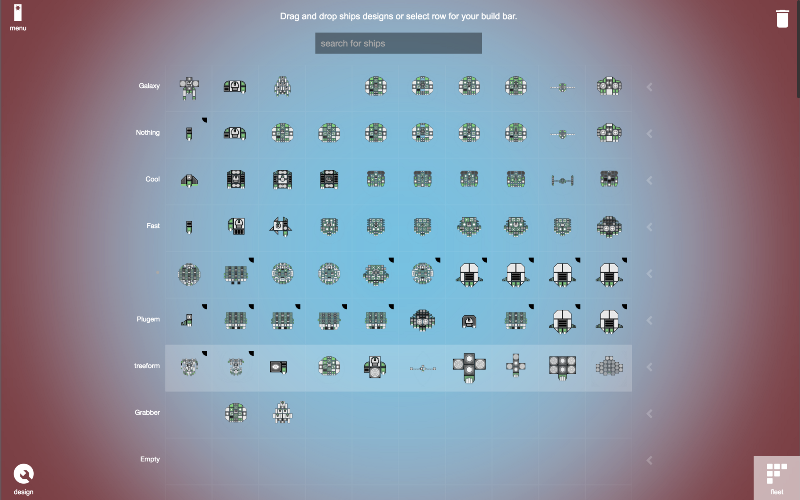 The Fleet screen has been reworked. Instead of awkwardly “swapping” a fleet to your active lineup, you simply select a row from the list to highlight as your active fleet. You can also give names to the fleets and use them as AIs in multiplayer games, which replaces the AI saving dialog.

Game was switched to using port 88. It was using a combination of port 3000 and port 80. Port 80 was problematic as proxies and ISPs wanted to do something special to it. Port 3000 is blocked for many people. I hope port 88 will be good.

There is a lot more helpful design stats around cloak and deloak and expected rate of fire. Some sound changes to the annoying PEW PEW noises. Beams are not quite as high pitched any more.

The .exe version is updated to using new version of Electron 1.4.0, which might fix some issue for people unable to start the game.