It’s now been a week since I launched Istrolid on Steam. Before the launch, I thought maybe a few thousand people would check it out but I was way wrong. Instead, Istrolid has had over 70,000 people try it out so far. This is 10,000 people per day, which is crazy-awesome-amazing! About 1,000 people play Istrolid every hour:

Since Istrolid got so many more players than I expected, I had to create a bunch of new servers on the first day. This was an interesting challenge because I hadn’t built a good system for bringing up new servers. I didn’t think I’d need one, but I was wrong and here is what I built: 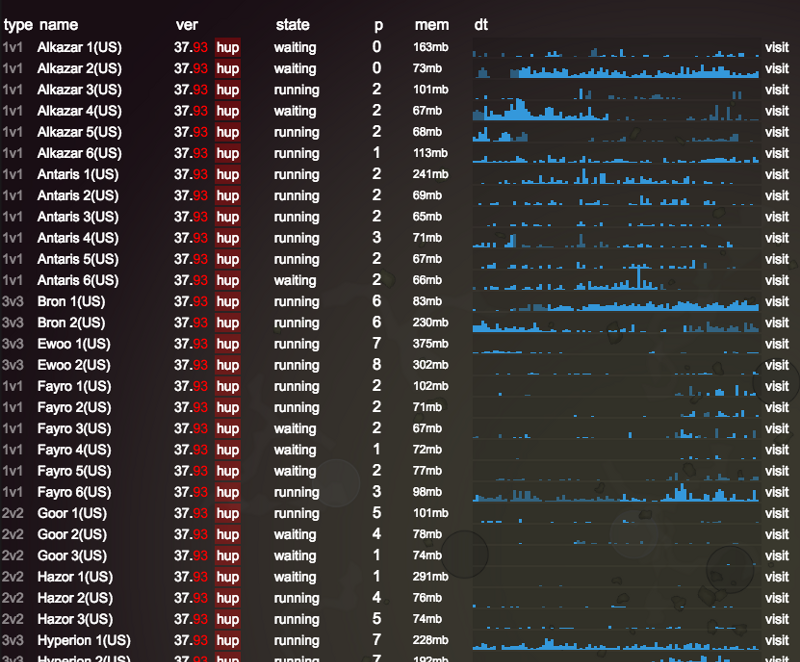 Along with bringing up a bunch of new servers, I’ve also been updating the game many times a day. Istrolid is set up so I can put out updates without requiring a new download on Steam. This means you’ve been getting updates and bug fixes without even noticing!

Most of these updates have been fixes to unexpected issues that came up because so many more people are playing the game than I had anticipated. Here are some issues I’ve fixed this week:

Looking back at this launch week, it has made me realize how humble the beginnings of Istrolid really were. Istrolid started as a simple WebGL prototype with spaceships you could fly around. I’ve always liked space and explosions. In the demo, you could only build 13 ships. There was no design component yet, it was all really simple. From there, the game just expanded and improved.

Istrolid in February 2015, no ship design yet!

Saktoth and RyMarq joined in to help me improve the game in the very early days. We worked together to add some of the coolest features in Istrolid. Probably the best one was the ability to design your own ships. Multiplayer also really made the game better because you could battle your ships against other people’s, seeing who had designed the best fleet. 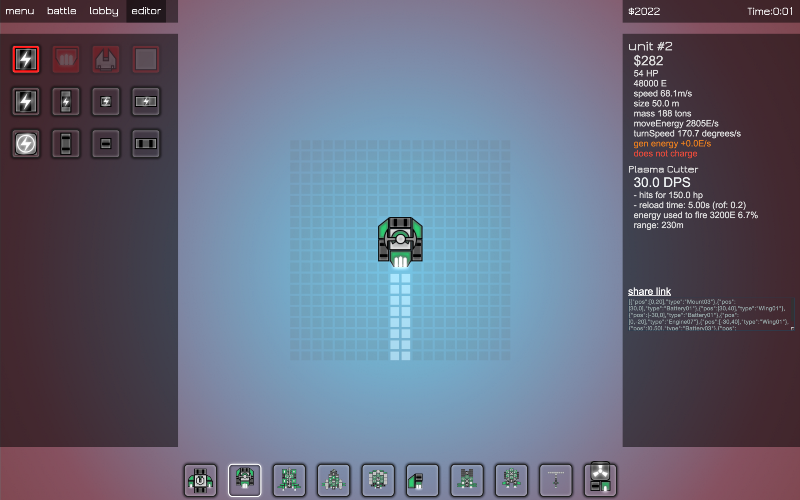 Istrolid took us over a year to create. That’s a long time, but it was also a lot of fun. We chose to make Istrolid free because we wanted to get as many people to play it as possible. This is what makes us so happy about our launch being so successful with so many players. It’s amazing so many people are playing our game. Thank you!