Why Fog of War is Bad.

Istrolid has its design origins in RTS, so we looked carefully at many of the conventions of the genre to determine whether they should be included in our game. It was natural not to include line of sight or fog of war in early builds, but when it came time to think about adding them, we had to consider exactly what it was they would add. 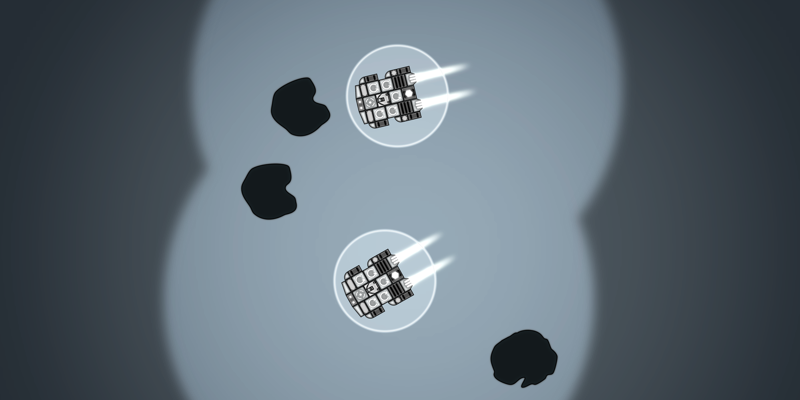 The primary function of fog of war is to create information warfare, so that it is possible to get an advantage over an enemy by knowing the location and composition of their army. In a game with counter mechanics knowing what the enemy is using and building the correct units to beat them is especially vital. Traditionally RTS games often require spending several minutes switching techs to access new units, so that the enemy must predict and prepare for them or be at a disadvantage. Istrolid abstracts these mechanics out into the ship design phase, requiring you to build up a fleet of flexible options capable of beating any comers over many games through trial and error. Any unit, at any place in the counter structure, can be built at any time.

With the fast pace of Istrolid combat and the low downtime, the window you have to respond to a new unit can be relatively small, and each ship is a hand-crafted beast, which might take some examination to determine the best response. The worst thing that can happen in many games and especially RTS is when the decisions on which counters to pick happens entirely blind, with no information on what the opponent might do: This is blind Rock Paper Scissors, where the outcome is pre-determined before any information is gained from the enemy. This is a problem I ran into a lot when designing Zero-K, and we worked hard there to ensure that since the choice of starting lineup is blind, all starting lineups have counters to whatever can be fielded by other starting lineups. This is a delicate balance, since any one side being too strong can lead to an auto-concede when faced with an enemy they do not have the tools to beat. 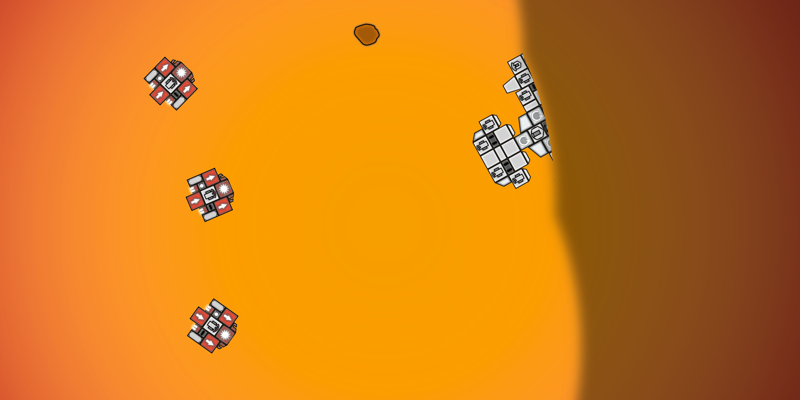 In Istrolid, given the short window of time between when a new ship is built and it enters battle along with the lack of the prolonged buildup, teching and double-guessing of other games means that fog of war would really only reduce interaction between players, making the game less skill and more guesswork. The fact that you must invest in ships of a given configuration and field them with a limited cash pool offers ample opportunity for bluffing and counter play, but being able to react to your enemies decisions increases interactivity and strategic depth.