When players start designing their own ships, soon enough they try to create an impossibly enormous behemoth that costs thousands. You can already create absolutely enormous battleships, particularly stacking cheap parts like heavyweight armor and low angle mounts, but players will always find themselves limited to a ship of no more than $1000. There is a good reason for this. 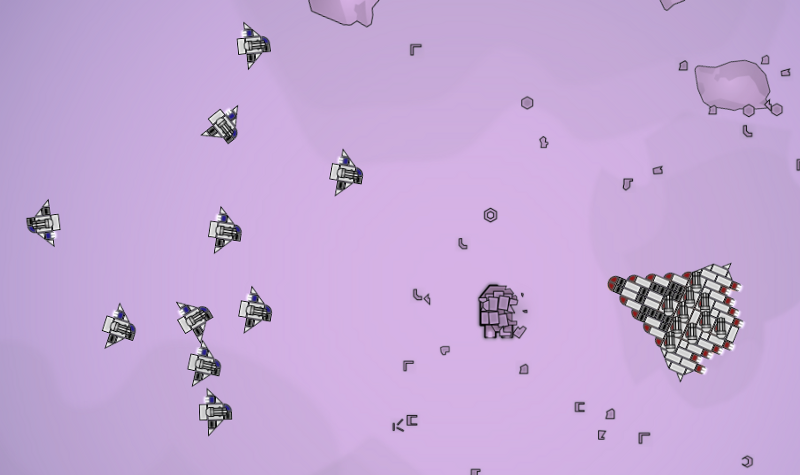 If you can make a ship as expensive as you like, there are actually serious competitive advantages to pushing the limits of what you can afford. Ten $100 ships will lose to a $1000 ship with identical parts. As smaller ships are destroyed, their firepower is taken out of the battle, but a larger ship maintains it’s firepower until it hits 0 HP. This means that even an identical set of parts all put on one ship will survive against smaller enemies with around half its HP intact! We’ve designed Istrolid to give smaller ships some advantages, but this mathematical reality still drives players towards making the largest ships possible if they want to be competitive. Early on in Istrolid, there was no limit to ship cost. Invariably players created ships that used up their whole starting income. Then, they started to create ships that used up MORE than their starting income, so they would sit idle while they saved up the $2500 or more they needed for their first ship. These ships were never seen after the opening of the game, because saving up that much money for a second one just took too long and put you too far behind. Worse, the design you chose to build at the start of the game determined entirely whether you had any chance vs the enemy: If you invested 2k into something but the enemy’s 2k ship countered it perfectly, you’d already lost.

1k is enough to make huge battleships or complex, multi-weapon cruisers, while still forcing you to chose a focused role for your ship, balancing weaknesses with strengths and tradeoffs. More importantly, you can field at least two ships in your starting lineup, or one large ship and fleet of smaller fighters, scouts, carriers and bombers giving you flexibility and variety rather than one ship sucking up all your money. This lets you field a diverse and mixed starting force and still react to what the enemy builds, rather than being forced to put all your eggs in one basket.